Among the many recurring farcical features of the Brexit morass has been the British government’s willingness (as I discussed two years ago) to proclaim, that its Brexit plans and negotiating position needs to be kept secret from the UK public because, in its favoured gambling vernacular, its ability to bluff would be fatally undermined by showing its cards. In recent weeks we have learned that no-deal Brexit is easily managed, nothing to be frightened of; and yet, the EU will truckle at the whiff of grapeshot, once it is clear that Parliament cannot rescue them from this terrifying fate. That proroguing Parliament changes nothing, and yet will persuade the EU that the UK has thrown its steering wheel out of the car in its game of diplomatic chicken.

What is odd is not that the government might have a public posture (e.g. no-deal Brexit is easily manageable) at odds with its private beliefs (e.g. no-deal Brexit will be hugely destructive). It is that they openly and persistently proclaim these contradictions, using poker metaphors to justify their contradictions. As though their diplomatic counterparties in Brussels would not also read their allusions to bluffing and draw the appropriate conclusions.

I am reminded of an anecdote in David Sedaris’s Me Talk Pretty One Day. Sedaris, an American writer who lived many years in France, describes the conversation of two American tourists who were crammed in close to him in the Paris Metro:

“Peeew, can you smell that? That is pure French, baby.” He removed one of his hands from the pole and waved it back and forth in front of his face. “Yes indeed,” he said. “This little foggy is ripe.”

It took a moment to realize he was talking about me.

The woman wrinkled her nose. “Golly Pete!” she said, “Do they all smell this bad?”

“It’s pretty typical,” the man said. “I’m willing to bet that our little friend here hasn’t had a bath in a good two weeks. I mean, Jesus Christ, someone should hang a deodorizer around this guy’s neck.”

It’s a common mistake for vacationing Americans to assume that everyone around them is French and therefore speaks no English whatsoever… An experienced traveler could have told by looking at my shoes that I wasn’t French. And even if I were French, it’s not as if English is some mysterious tribal dialect spoken only by anthropologists and a small population of cannibals. They happen to teach English in schools all over the world. There are no eligibility requirements. Anyone can learn it. Even people who reportedly smell bad…

Fully consistent with what the PM is saying now:

There came two other gentlemen, one of whom uttered the common-place complaints, that by the increase of taxes, labour would be dear, other nations would undersell us, and our commerce would be ruined.

JOHNSON (smiling). ‘Never fear, Sir. Our commerce is in a very good state; and suppose we had no commerce at all, we could live very well on the produce of our own country.’

This was Samuel Johnson, in the 1770s, who also wrote that

The interruption of trade, though it may distress part of the community, leaves the rest power to communicate relief; the decay of one manufacture may be compensated by the advancement of another…

Johnson, of course, also famously said that “patriotism is the last refuge of the scoundrel.” Which may somehow be relevant. 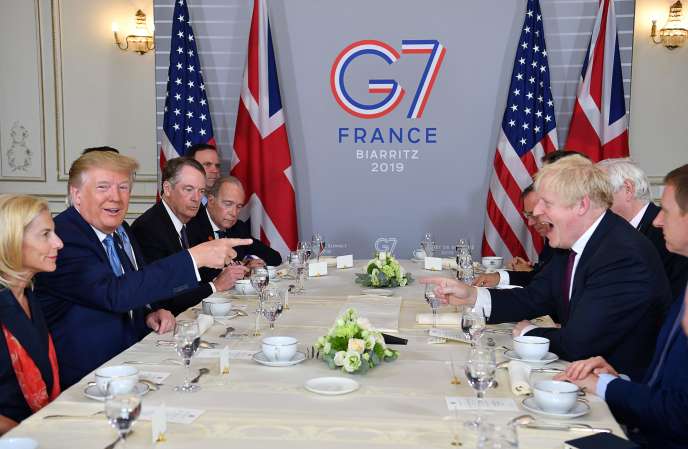 What Johnson wants is for one of two things to happen:

In either case Johnson then hopes to win a new election by campaigning against the traitors. It’s even better (but riskier) if the country is in chaos because of no-deal Brexit.

No one who actually hoped to make a deal would publicly declare that the other side must entirely abandon one of its key demands, that had already been conceded by a previous UK government, and suggest that their opposition is only a public negotiating posture. But it’s a perfectly good way of provoking a crisis, while allowing low-information voters to believe that he’s really tried everything. END_OF_DOCUMENT_TOKEN_TO_BE_REPLACED

I think often of an interview with Jerry Garcia that I read in 1987, when the Grateful Dead had rebounded and gone back out on tour following Garcia’s brush with death: A combination of diabetes and heroin addiction had landed him in a coma, and for a while it wasn’t clear if he would ever be able to play guitar again. Anyway, the interviewer asked him directly about his addiction, and he said (approximately; I don’t have the original text) “You come to drugs with your problems. And after a while the problems fade away, and it’s just you and the drugs.”

And similarly Brexit. Britain came to Brexit with lots of serious problems: housing shortage, inequality, underfunded health service, declining influence in the world and uncertainty about what global role it should or could aspire to. Brexit doesn’t solve these problems, but they’ve faded away. Now it’s just us and Brexit.