Some say that young people today are overscheduled, but I didn’t realise how bad it had gotten until someone showed me the sample student timetable posted by the maths department at Imperial College. Some highlights:

On the weekend (schedule available here) she spends hours on French assignments, but again doesn’t get around to doing her problem sheets until 11 pm on Sunday night. Five straight hours of orchestra rehearsals, though. 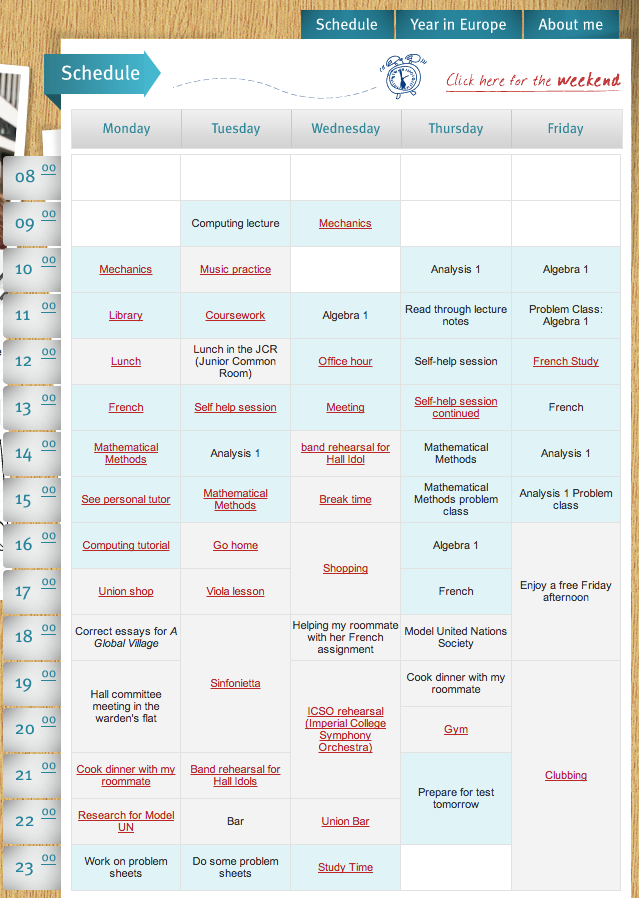