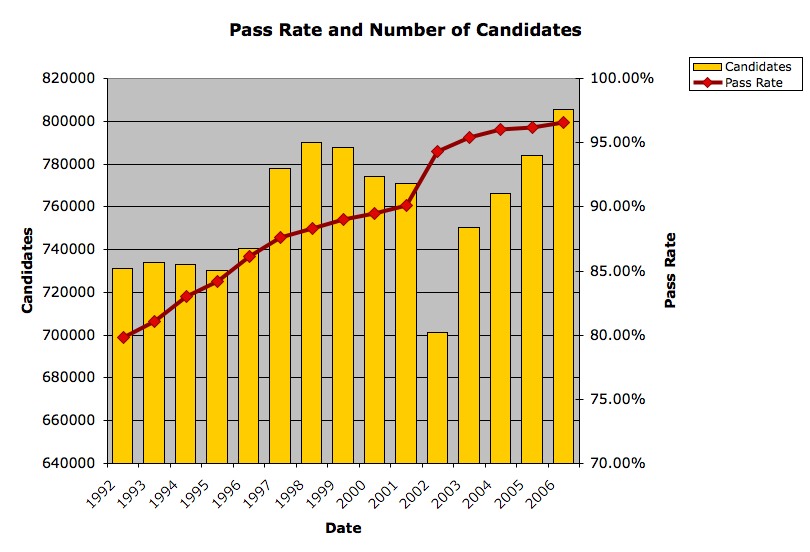 A recent article in the British Medical Journal reports that obesity costs the UK £2 billion in direct and indirect costs. 22% of the British population is thought to be obese, defined as a body mass index (BMI) of 30 or higher; some experts predict that this cost could rise to £45 billion by 2050. The problem of rising obesity, with its multifarious costs, has been described as intractable. These defeatist sentiments ignore the lessons of some of the great successes of social policy, and how seemingly intractable problems can melt away, when attacked with the right combination of zeal and creative new thinking. Consider the progress in state education over the past two decades, and particularly in the 13 years of the Labour government, after Tony Blair announced his three top priorities in the election campaign to be “education, education, education”.

Back in the 1980s, doomsayers were lamenting a collapse in UK secondary education, with the dissolution of the grammar schools. Today, A-level marks are the highest they have ever been, which must surely reflect a huge increase in British school children’s educational attainment. Education experts have expressed amazement at the educational progress over just the decade from 1997 to 2006: In 1997 only 87.2% of A-level (age 18) marks were passes, while by 2006 that had risen to a stunning 97.2%. The fraction of A grades (the highest possible) rose from 16% to 24%. Similar progress was recorded in the GCSE performance (age 16). The percentage of state school applicants admitted to Oxford rose in that time from less than half to 55%, which can only mean that these pupils are learning more, compared with their counterparts at expensive independent schools.

The key insight came from the Prime Minister’s Office for Post-Structuralist Policy Initiatives (PMOP-SPI, pronounced mop spy, the first P being silent), which recognised, in the words of director Pauline deVrouw, “Standards were created for man, not man for the standards. Therefore the Commons is lord over the standards.” This has been extended in the brilliant new Department of Health white paper “Health consequences of the  standard kilogram”. “Obesity,” states the white paper’s forthright preamble, “has many causes, but ultimately it is a matter of centimetres and kilograms. The standard kilogram, although it was manufactured in London, is now kept in a vault in Paris, indifferent to the particular British mensuration needs.” The paper goes on to explain how just a 10% increase in the size of the kilogram  — easily achievable with current technology, and barely even noticeable to the casual observer — would produce a 9% reduction in BMI, and thus reduce the number of obese Britons and the attendant costs by more than half. This approach is found to be vastly cheaper than the next most cost effective plan for reducing obesity, a complicated scheme which involves citizens exercising more and eating less junk. (What costs do accrue — mainly new scales — would be borne by the private sector, and would, in the present economic climate, be useful as an economic stimulus.)

For all that the French call their jealously guarded kilogram “Le Grand K“, the fact is that the kilogram is underweight. Not only has it failed to keep pace with the increasing demands that our population puts on the scale, it has apparently been shrinking even in absolute terms. According to one estimate, the French have managed to misplace 0.005% of Le Grand K (50 micrograms) in its first century. That may not sound like much, but a 0.005% reduction in the size of a kilogram leads inexorably to a 0.005% increase in BMI for the entire population. From this we may infer that there are about 3000 British adults who are currently obese, who would not be obese had the kilogram not diminished.*

Just as Britain’s leaders had the wisdom to withdraw from its fixed exchange rates in the 1990s, and to avoid the unworkable European monetary union, so we need politicians intrepid enough to withdraw from our archaic pessantory union with France. Like the European Central Bank, maintaining its hard-money policies which suit powerhouse Germany and impoverish weaker economies like Ireland and Greece, the myopic French small-kilogram policy, while perhaps acceptable to gallic lightweights, is having unacceptable consequences on this side of the Channel. How could we expect the same kilogram to suit a nation of snail-peckers and a nation of haggis-and-roast-beef-chompers? We are still calculating BMI with a kilogram that was milled in the era of top hats and whale-bone corsets. It’s time to repatriate the kilogram, and take control of the Britain’s weight problem, just as we have set British education on its unstoppable upward trajectory. 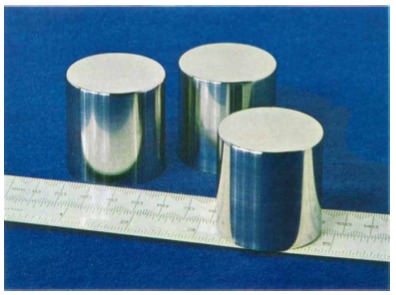